Champions of health and wellbeing celebrated at RSPH Awards 2018

The public health community came together on Thursday 18 October at the RSPH Awards 2018, the UK’s premier national public health awards event, to celebrate outstanding contributions to championing the public’s health.

Now in its eleventh year, the Awards bring together a diverse range of organisations and individuals to celebrate outstanding contributions to improving and protecting the public’s health and wellbeing.

Following a rigorous judging process, and a record number of entries, seven worthy organisations were named as winners in the Health & Wellbeing Awards 2018, recognising their achievements across a range of areas:

Comics Youth CIC was also presented with the esteemed Public Health Minister’s Award 2018, which is presented to one of the seven Health & Wellbeing category winners. This award is made in partnership with the Department of Health and Social Care to recognise public health excellence and innovation.

In addition, Richard Osborne, Roy Batterham, Melanie Hawkins, Peter Collins and Rachelle Buchbinder were presented with the Public Health Journal Award 2018 supported by Elsevier for their paper Health literacy: Applying current concepts to improve health services and reduce health inequalities which was the most cited in 2017.

Held at the East Wintergarden in London, the ceremony was hosted by broadcaster Natasha Kaplinsky and RSPH President Professor Lord Patel of Bradford OBE, and guests also enjoyed performances from Breathe Arts and The Fizz.

It also saw the premiere of the new film, A Place for the Public's Health, RSPH's fourth collaboration with ITN Productions which takes a topical look at current public health challenges and initiatives.

Shirley Cramer CBE, Chief Executive, RSPH, said: “Every year, the RSPH Awards are a highpoint of the public health calendar, and represent an excellent opportunity to celebrate the hard work and innovation of those working to support the public’s health. It is wonderful to bring together such a diverse range of organisations and individuals to recognise the outstanding achievements of our award winners, who are all leading the way in their fields.

“The competition for the awards this year was tougher than ever, with a record number of entries and high quality across the board. I would like to thank all the entrants, and congratulate all our winners.”

Steve Brine MP, Parliamentary Under Secretary of State for Public Health and Primary Care, said: “Although I was sadly unable to attend this year, I would like to congratulate the winner of the Public Health Minister’s Award 2018, Comics Youth CIC. Every one of the nominated projects should be celebrated for their fantastic contribution to the health and wellbeing of the public – I know we are all extremely grateful for the support that they provide.”

Duncan Selbie, Chief Executive, Public Health England, added: “The commendations we have awarded cover two critical responsibilities for everyone in public service; reducing inequalities and sustainable development. Last night’s award-winning organisations have demonstrated that they are doing an exceptional job in addressing them.” 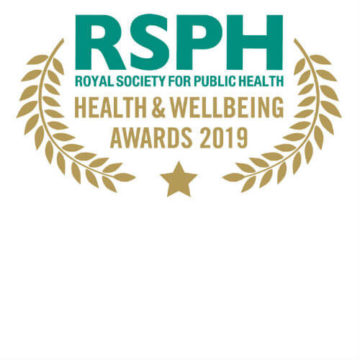