Stacey Lockyer is a Senior Nutrition Scientist working on the EU-funded Health Claims Unpacked Project which is investigating the communication of health claims on food labels. Here, she explores how wording around health benefits can be difficult for consumers to understand. 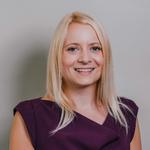 Stacey Lockyer is a Senior Nutrition Scientist working on the EU-funded Health Claims Unpacked Project which is investigating the communication of health claims on food labels. Here, she explores how wording around health benefits can be difficult for consumers to understand.

Health claims, such as ‘Zinc contributes to the maintenance of normal skin’ are statements that suggest or imply that a relationship exists between a food or one of its constituents and health. Health claims appear on labels and promotional materials for food and drink products and, while some shoppers may not use them, they may be of interest to parents, older adults and individuals with health conditions due to concern for their own health and that of their children.

The use of health claims is regulated under EU Regulation No. 1924/2006 and the Regulation has been retained for use in Great Britain post Brexit*. This is to ensure that claims made about a product are accurate and consumers are not misled. For example, health claims may only be used if they have been authorised following scientific assessment of evidence for the claimed effect. The product must also comply with conditions of use, including containing a meaningful amount of the nutrient in question (e.g. 15% of the reference intake for vitamins and minerals).

However, for claims to help consumers make healthier choices they must be understandable as well as scientifically robust, and research undertaken as part of the Health Claims Unpacked Project suggests that consumers often find health claims hard to understand or trust. For example, out of 440 respondents to an Instagram poll asking “Do you think claims on food labels are based on solid scientific evidence?”, 79% selected the answer “It’s just marketing”. Similarly, consumers who took part in focus groups conveyed a high level of scepticism and confusion towards health claims.

This may be unsurprising considering that the current list of authorised claims consists of statements that range from simple to complex and likelihood of being more or less familiar to the average consumer. For example:

Manufacturers are generally expected to use the official wording of authorised claims on products (as listed within the register of nutrition and health claims that may be made in commercial communications in Great Britain). There is some flexibility, in that the wording can be changed provided that the aim is to help consumer understanding, as long as the original meaning is retained and the modified version does not mislead (e.g. by exaggerating the claim).

Neither perceptions of the authorised wording of health claims, nor the impact of changing the wording of claims on consumer understanding of the health effects they describe have been comprehensively studied. For example, guidance documents available for manufacturers (from the Department of Health and Social Care and the Advertising Standards Authority) advise that the word ‘normal’, which appears in many health claims (e.g. potassium contributes to the maintenance of normal blood pressure), should be retained in adapted wording and should not be replaced by another term or removed. Yet, data from the Health Claims Unpacked project indicates that, when asked to choose their own wording from a selection of relevant words and phrases, the vast majority of consumers do not include the word ‘normal’, opting for alternatives instead such as ‘healthy’. The phrase ‘contributes to’ was also unpopular and the official claim wording was chosen by a very small proportion of participants.

The Health Claims Unpacked project has been gathering data around consumer preferences for the wording of health claims in English since 2019, and in German, French and Polish since 2020. The project is funded by the EC funding body EIT Food and led by linguists at the University of Reading, in partnership with the British Nutrition Foundation and colleagues across Europe. Data collection is ongoing – we are looking for volunteers in the UK, Germany, France and Poland to give us their views on health claims by taking part in an online study. Please sign up to make a valuable contribution and do notify others who may also be interested in taking part. It is hoped that the results of this project will help equip policymakers with the information they need to inform guidance around the wording of health claims. Ultimately, this could enable consumers to unpack the scientific language of health claims and help them make informed and healthy food choices.

All RSPH member have the opportunity to join our Food Special Interest Group. Have your voice heard on the issues that matter to you Network with food industry professionals, including Environmental Health Officers and Food Safety Consultants …

Guest blog: Catering for consumers with food hypersensitivity in the Covid-19 pandemic

Dr Hazel Gowland is an expert patient advocate, researcher and trainer at Allergy Action. She also lectures on MSc programmes at Southampton University, Imperial College and the University of Kingston. Here, she outlines the risks and …

With a network of 700+ Training Centres across the UK, RSPH offers a wide range of Food Safety and Hygiene qualifications intended to help you in your career (click to Find a Qualification near you). Learn in the Classroom, the Workplace or …