RSPH has urged the government to reverse swingeing cuts to local authority public health budgets and invest in pragmatic harm reduction measures, as new figures released by the Office for National Statistics (ONS) show deaths related to drug poisoning in England and Wales continued to rise in 2016.

Ed Morrow, drugs policy lead at RSPH, said: “While the UK Government stubbornly refuses to make meaningful moves towards a more progressive, public health-based approach to drug policy, and while local authority treatment budgets continue to be cut, it should come as no surprise that drug deaths in England and Wales are continuing to rise.

“However, these figures do contain some indication as to what pragmatic harm reduction interventions can achieve. The levelling off of steeply rising opiate deaths may be credited to local authorities making take-home naloxone – a medication used to reverse overdose – more readily available to users. If we are to make serious inroads on reducing those deaths, however, we need a much more comprehensive package of harm reductions measures. This could include supervised injection sites – such as the one planned in Glasgow – which are proven internationally to be one of the most potent tools at our disposal for preventing opiate overdose deaths.

“While opiate deaths do account for the largest part of the picture, we must be careful not to pretend the UK’s drug death crisis is purely down to an aging cohort of increasingly vulnerable heroin users. As these figures show, even as opiate deaths level off, deaths related to other substances, such as cocaine, are continuing to rise. This is a problem we will only ever be truly able to tackle within a decriminalised framework, and with an adequately funded drug treatment system.”

RSPH’s principles for a public health approach to drug policy are set out in the landmark report, Taking a New Line on Drugs, published in June 2016. 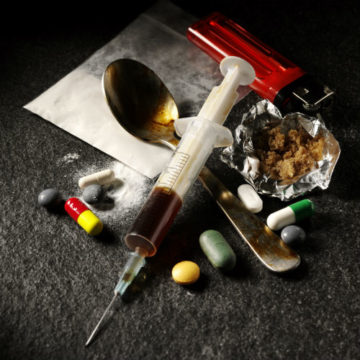 Find out more about our recommendations for UK drugs policy