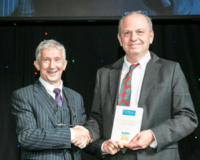 The Public Health Journal Award 2018 was awarded to Richard Osborne, Roy Batterham, Melanie Hawkins, Peter Collins, Rachelle Buchbinder for their paper Health literacy: Applying current concepts to improve health services and reduce health inequalities which was the most cited during 2017.

The Public Health Journal Award 2017 was awarded to Professor Michael Kelly of the University of Cambridge and Dr Mary Barker of the University of Southampton for their paper Why is changing health-related behaviour so difficult? 7,188 downloads were recorded on ScienceDirect and HealthAdvance for this article during 2016.

The Public Health Journal Award 2016 was awarded to Nathan Douthit, Sakal Kivc, Tzvi Dwolatzky and Seema Biswas of Ben Gurion University of the Negev, Israel for Exposing some important barriers to health care access in the rural USA. 2,134 downloads were recorded on ScienceDirect for this article through 2015.

The Public Health Journal Award 2015 was presented to Professor Lawrence Gostin, Georgetown University and Dr Devi Sridhar, Edinburgh University, guest editors of the February 2014 issue World Health Organization: past, present and future, which was the most downloaded issue in 2014 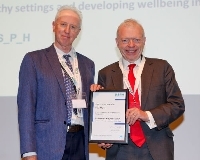 Professor Haines said: “I am honoured and delighted to receive the award on behalf of my co-authors. The interest in our paper reflects the growing awareness in the public health community that climate change poses grave threats to health over the decades ahead and that policies to reduce greenhouse gas (GHG) emissions can improve health in the near term, for example through reduced air pollution. It is particularly timely in view of the recent UN Secretary General's Climate Summit which resulted in high level political participation and emphasized the need for urgent action to cut GHG emissions in order to reduce the risks of 'dangerous climate change'.”