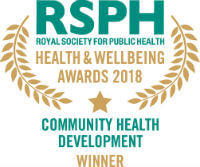 The Priory Community Pharmacy serves a community in one of the most deprived areas of Dudley with the least accessibility to health services. The team is passionate about improving public health and organises health promotion events in the community as well as in the pharmacy, and is highly valued as a community asset.

Olutayo’s aim was to create awareness of a healthy living pharmacy and encourage more people to access the pharmacy' services and empower them to self-care, especially for those who are not able to come to the pharmacy. She contacted venues such as the library, colleges, Salvation Army, widows club, churches, community centres, black and minority ethnic group centres, supermarkets and town centres for health promotion outreaches. 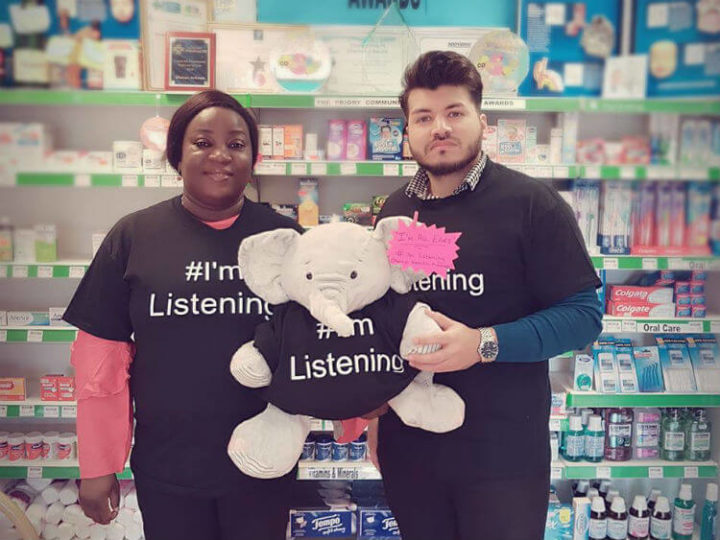 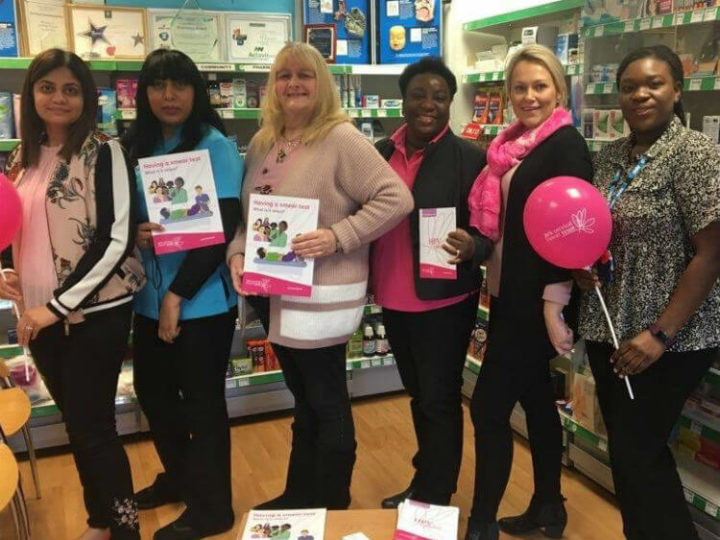 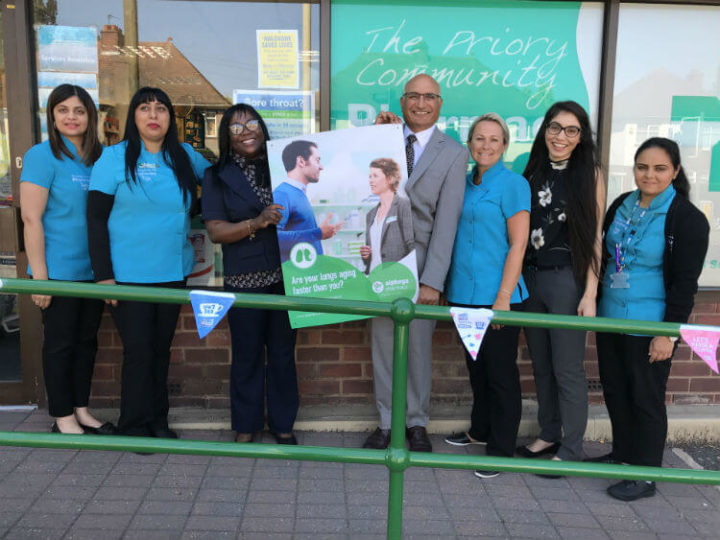 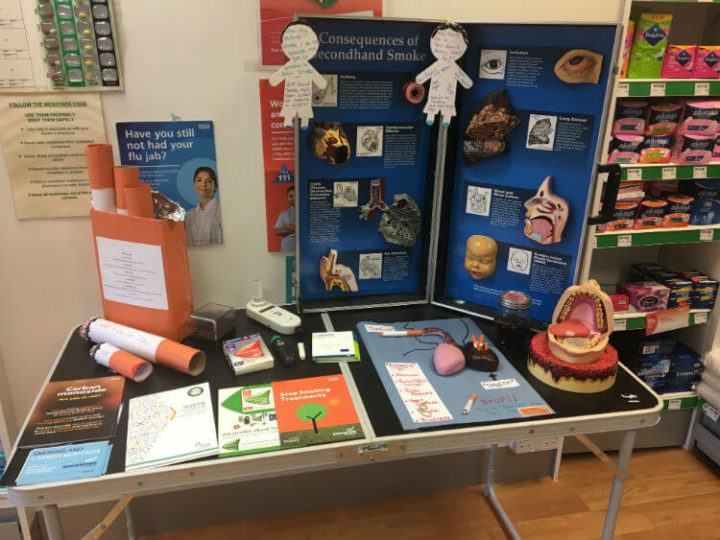 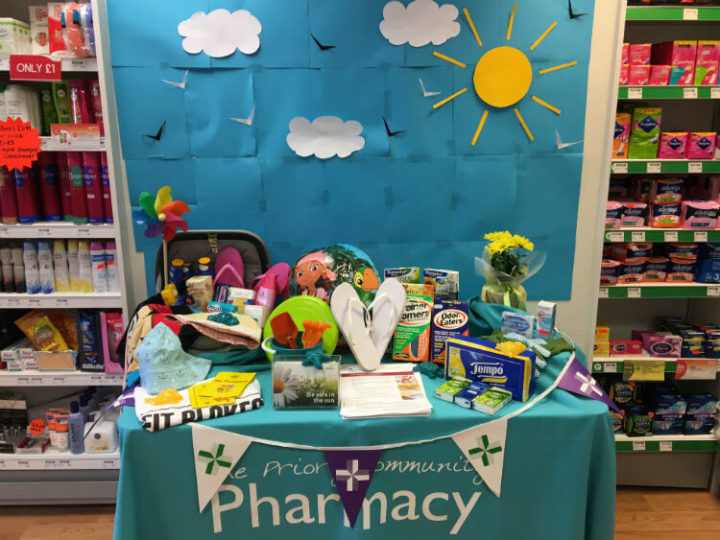 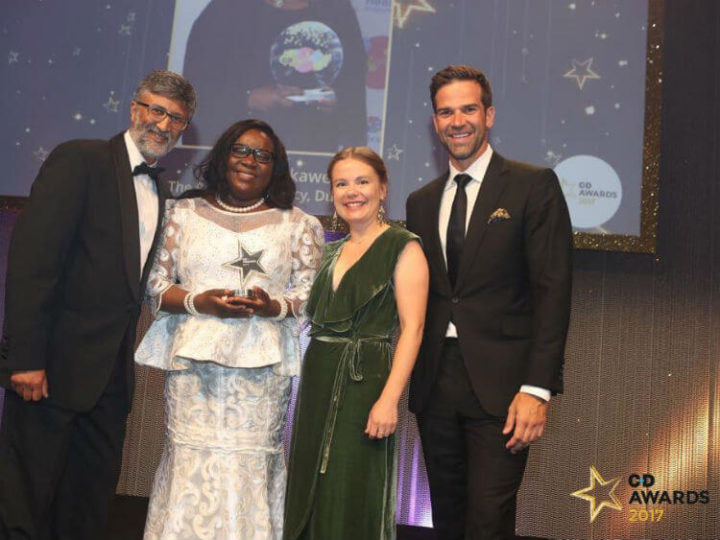 Olutayo wrote proposals to Dudley public health and companies to support her and her team in providing outreach to the community. With each successful event came more grants for her to be able to fulfill the projects.

Olutayo is qualified for all public health services in Dudley and has helped her patients improve their health with public health interventions such as helping a customer smoking around 100 cigarettes per day with respiratory problems to quit. She organises an annual health funfair for the community which is usually attended by the Mayor of Dudley, with all proceeds being donated to charities. She also organises carol service for the community attended by the vicar, the councillors and the community.

This project demonstrated exceptional buy-in from the whole community. The pharmacy is led by a highly motivated individual with a very pro-active approach to raising the standard of her community’s health. There are clear links to the Ottawa Charter which could be accentuated and longer term evidence would benefit future applications. The project tailors needs-led provision to the diverse community it serves, influencing local policy whilst also supporting individual needs in a friendly, welcoming and safe environment. 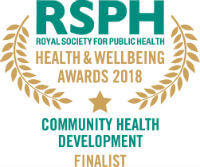 Albion in the Community

Project: Speak Up Against Cancer

Speak Up Against Cancer is a three-year cancer awareness/early diagnosis service in Brighton and Hove, using the hook of Brighton & Hove Albion FC as a key engagement tool. Aiming to increase early diagnosis by increasing awareness, knowledge and confidence about signs and symptoms of cancer and NHS screening programmes.

The campaign aims to increase early detection of lung, skin, and bowel cancer in Brighton and Hove. It promotes awareness of the early signs and symptoms with an emphasis on the importance of early diagnosis and treatment, as well as relevant screening programmes and stop smoking services.

It works with a team of volunteers, attending a range of local events and giving talks to community groups, events and in workplaces across the city. The project is targeted at people living in the areas of highest deprivation, where rates of cancer are often highest. 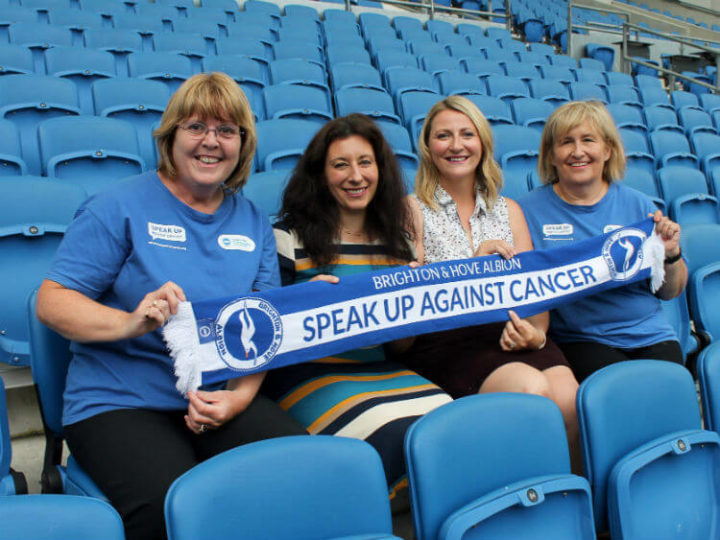 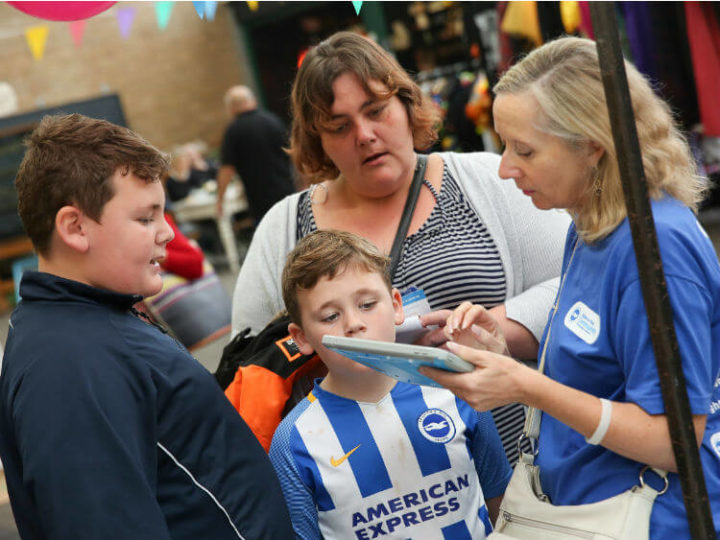 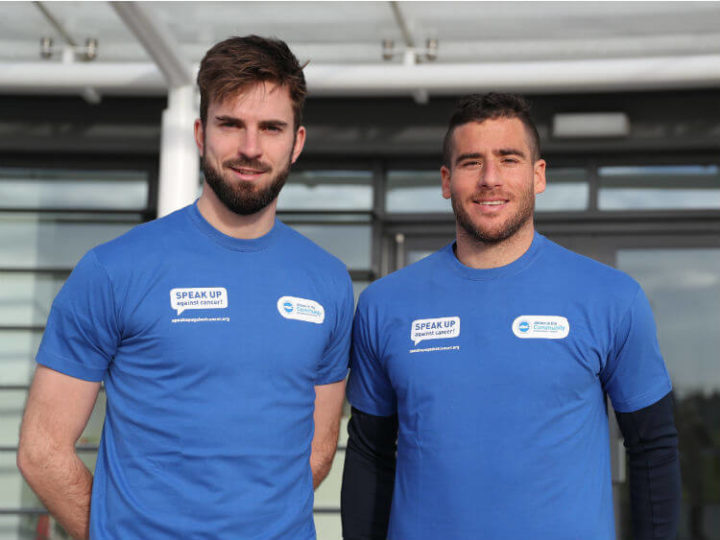 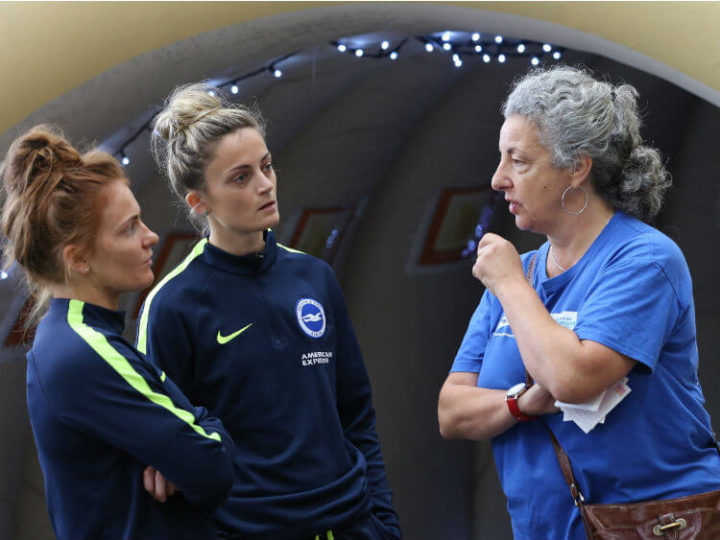 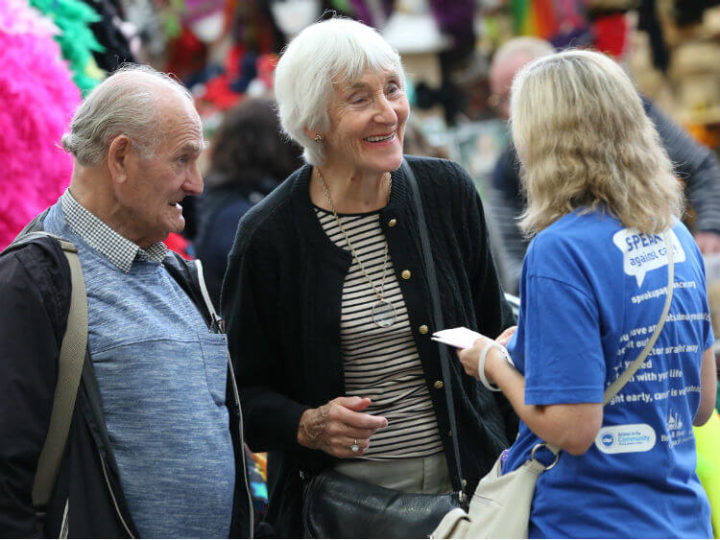 At the heart of the project is a team of local volunteers with a determination to make a difference. Of the current 28 volunteers, 21 are cancer survivors. The remainder has had an involvement in cancer through the experience of others.

All offer valuable lived-experience in communicating its messages including 'Take time to get to know your body and the signs to watch for'; 'Be aware of any changes. If a change lasts, get it checked by a doctor'; 'Attend your screening appointment and any tests/appointments that your doctor recommends. This will help detect any early signs of cancer.'

Midland Mencap provides hockey sessions for people with a disability. Hockey is not a sport that has been delivered or coached to people with disabilities in the UK. Recently the sport has started to grow in other areas of the country, but this has been with much younger people. 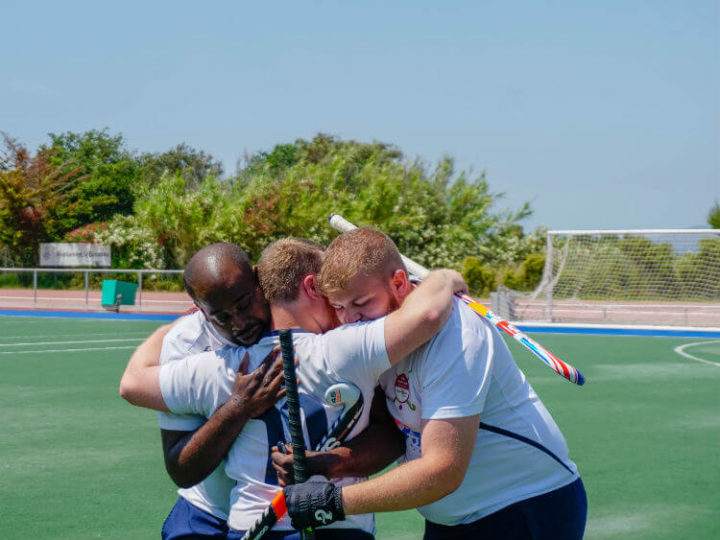 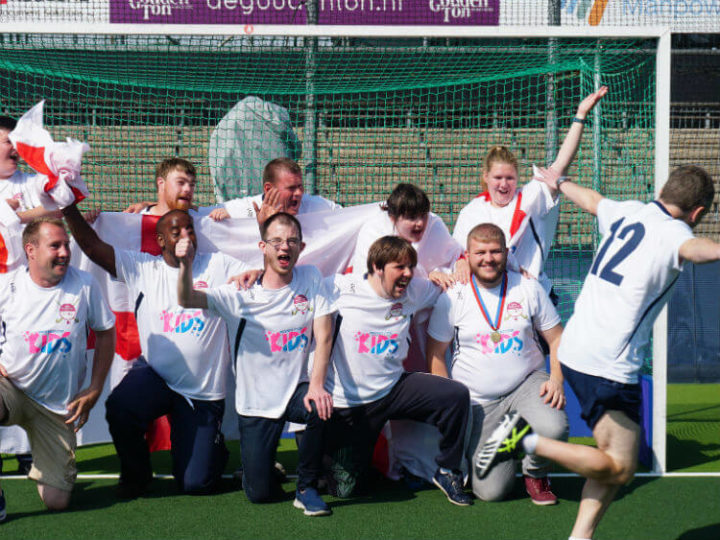 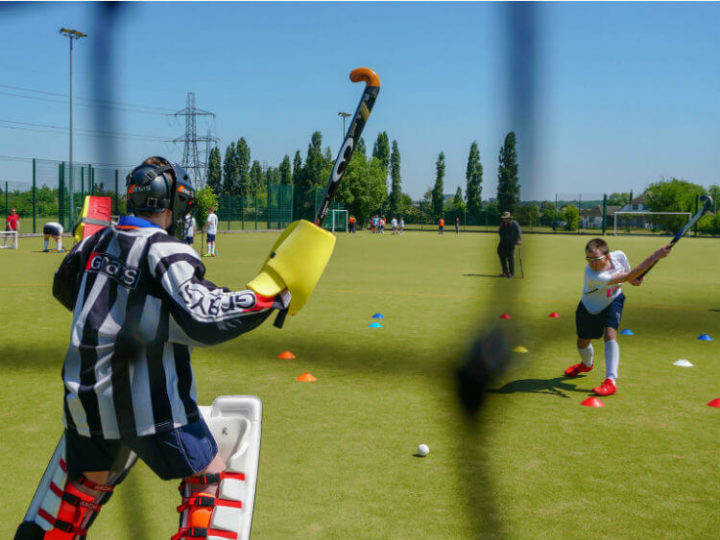 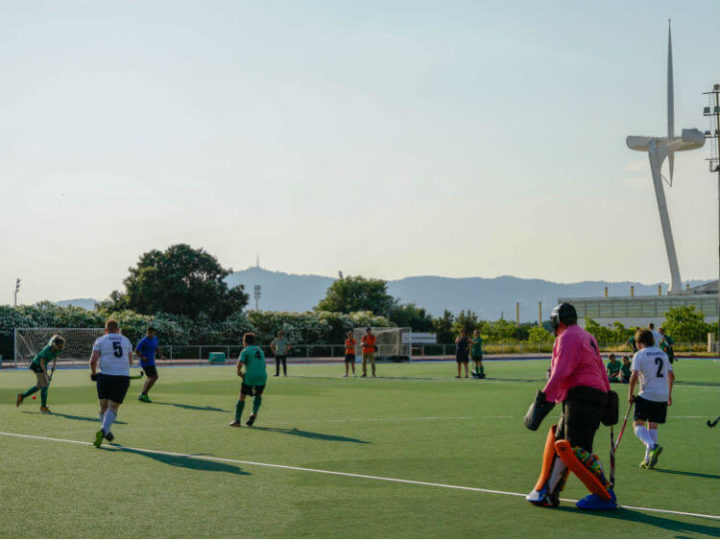 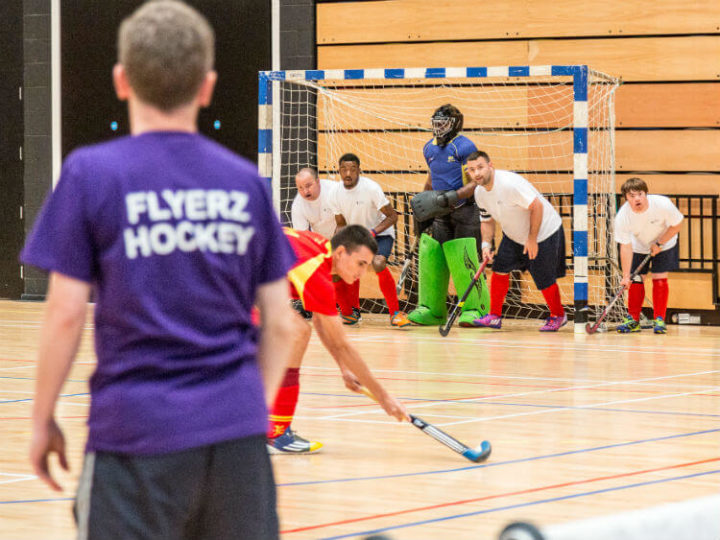 Midland Mencap has now become the only group in the UK that is delivering inclusive hockey. The sessions are similar to mainstream hockey coaching sessions, in that the same equipment and pitch are used. Rules have been modified, and coaching during the sessions is simplified to a level that has enabled all players to succeed and achieve a positive outcome and carry on attending.

One of the great aspects of this involvement from community sports clubs was that players who sometimes did not have much social interaction with other people away from their own ‘normal peer group’ were able to socialise, play sport and get to know other hockey players who wanted to help them.

The Community Health Development Award 2018 is supported by Irwin Mitchell.