A quarter of millennials believe depression is “normal” in older age

A report published by RSPH in partnership with the Calouste Gulbenkian Foundation has revealed the extent of ageist attitudes across the UK, and how they harm the health and wellbeing of everyone in society as we grow older

A report published by RSPH in partnership with the Calouste Gulbenkian Foundation has revealed the extent of ageist attitudes across the UK, and how they harm the health and wellbeing of everyone in society as we grow older.

RSPH is calling for action to tackle intergenerational isolation, end the stigmatisation of older people, and undo the media clichés that keep ageism alive and well. RSPH evaluated ageist attitudes across 12 main areas of life, finding that the public are most ageist about memory loss, appearance, and participation in activities (both physical and community).

The report highlights the extent to which old age is viewed by many as a period of decline and ordeal, and calls on stakeholders in the media, government, voluntary sector, and schools to take action to reframe the way our nation views ageing in a more positive light.

Key findings of the report include:

In order to target the sources of destructive ageist attitudes in society, RSPH is making a number of policy calls, including:

Read the report and our recommendations

Shirley Cramer CBE, Chief Executive, RSPH, commented: “Too often ageist behaviour and language is trivialised, overlooked, or even served up as the punchline to a joke – something we would rightly not tolerate with other forms of prejudice. Our report shows that ageist attitudes abound in society and have a major impact on the public's health, and yet they are rarely treated with the seriousness they deserve.

“With more people reaching older age than ever before, it is crucial to act now to promote positive integration across the generations. It is indeed encouraging that the majority of the public still believes that, fundamentally, the old and young have more in common than divides them. If we can begin to remove the stubborn barriers that reinforce societal ageism, we can expect many more to look forward to later life as a period of opportunity for growth and new experiences, rather than a set of mental and physical challenges.”

Andrew Barnett, Director of the Calouste Gulbenkian Foundation (UK Branch) commented: “We believe employers are well-placed to play a role in the later lives of their staff. A third of our time is spent at work and many businesses already offer retirement financial planning services. For the past two years we have been funding pilots of short courses focused on wellbeing for people approaching retirement.

“Early evaluation has shown an increase in self-confidence, feelings of resourcefulness and more positive attitudes to ageing. Employers could certainly benefit from hosting these interventions by increasing the retention and productivity of their workers, as well as an external reputation of being a mindful employer, but also in understanding they are playing their part in supporting healthier and happier later lives in the communities in which they operate.” 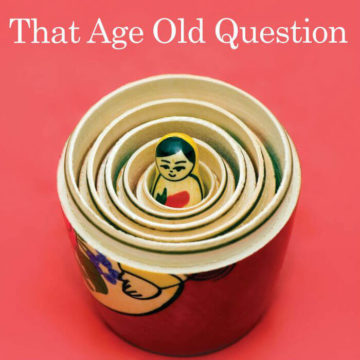 Taking the P***: the decline of the great British public toilet