Peter Baker, Director of Global Action on Men’s Health explains the effect COVID-19 is having on men's health 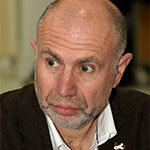 Peter Baker, Director of Global Action on Men’s Health explains the effect COVID-19 is having on men's health.

Men are much more likely than women to become seriously ill and to die as a result of COVID-19. The data from about 40 countries is stark: while infection rates are broadly similar between men and women, men are up to twice as likely to die.  Men account for 69% of deaths from COVID-19 in Italy and Ireland, 67% in Denmark, 65% in Germany, and 64% in China.

Men with COVID-19 in the UK (excluding Scotland) are three times more likely to be in critical care and to receive respiratory support. 62% of deaths in England and Wales have been male.

The reasons for the excess mortality burden on men are not yet fully understood. But the emerging consensus is that a mix of biological and behavioural factors are involved.

A prime suspect is men’s immune response, which is generally lower than women’s. This is linked to the female sex hormone oestrogen, which has a positive impact on immunity, while testosterone is immunosuppressive. The X chromosome contains genes related to immunity and women’s two X chromosomes could offer extra protection.

Immune response is further compromised by smoking and drinking alcohol. Both of these behaviours are more common in men. In China, 46% of men smoke compared to 1% of women, according to WHO data. In Italy, 27% of men and 20% of women smoke. In the UK, the ‘sex gap’ is smaller: currently, 17% of men and 13% of women are smokers. In the UK, according to WHO, the average man consumes almost five times as much alcohol as the average woman.

Having serious underlying conditions is thought to increase the risk of developing severe COVID-19 disease. Hypertension, cardiovascular disease and some chronic lung diseases including COPD are more common in men globally.

Men could be more exposed to COVID-19, and at greater levels, because they are less likely to wash their hands. During the H1N1 influenza outbreak in South Korea in 2009, 34% of male university students washed their hands five times a day compared to 57% of female students.

A YouGov survey of 2,000 UK adults conducted in late-March 2020 found that, in the past two weeks, most men and women had taken steps to protect themselves from COVID-19 by improving their personal hygiene (e.g. by washing their hands frequently or using a hand sanitiser). But fewer men than women had taken this step: 67% vs 74%.

A separate YouGov survey of over 2,000 adults in Great Britain conducted on 24/25th March 2020 concluded that men are more likely to underestimate the severity of the virus. 24% inaccurately believe coronavirus is ‘just like the flu’ compared with 16% of women. Similarly, men are more likely to believe that coronavirus only affects older people and those with underlying health conditions at 14% versus 8% of women. They are also less inclined to believe official Government advice such as staying at home to stop the virus from spreading, with 10% saying this is false compared with 2% of women.

It has been reported in the media that men’s outcomes following COVID-19 infection could be worse because they are delaying seeking medical help. It has been suggested that men have been arriving in hospital in China with more advanced disease, for example. According to the WHO, there is good evidence that men with tuberculosis, a lung disease whose symptoms include a high temperature and a persistent cough, remain infectious in the community for longer than female patients because they are less likely to seek care.

A research effort is needed to understand better why men are more vulnerable to COVID-19. This will inevitably take time. But action is also needed immediately to improve men’s outcomes. An immediate focus should be prevention: male-targeted communications that emphasise the seriousness of infection and the value of handwashing and physical distancing. Men could also benefit from information about when and how to seek medical help.

In the UK, the Men’s Health Forum has raised these issues with the government and Global Action on Men’s Health has contacted the WHO. Both organisations have also expressed concern about the pandemic’s mental health impacts on men and the risks of a spike in addictive behaviours and suicide.

It must never be forgotten that COVID-19 also has a devastating impact on women. Fewer may die but, over time, it is likely that the virus will still kill hundreds of thousands. COVID-19 increases the burden of caring on women and, as they comprise the majority of health workers, they are at particular risk of infection. The economic consequences of the pandemic will impact more heavily on women and during lockdowns they are at greater risk of domestic violence.

COVID-19 affects us all and a response that takes full account of sex and gender is much more likely to be effective.

As with all Public Health bodies with a global focus, RSPH is closely monitoring the Coronavirus situation as it develops.