Hasna Haidar provides insights from 12 A&E staff members from London and across the UK, including nurses, doctors and a paramedic on the challenges experienced by those working on the frontlines of the NHS 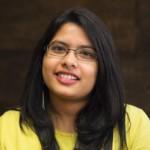 Hasna Haidar provides insights from 12 A&E staff members from London and across the UK, including nurses, doctors and a paramedic on the challenges experienced by those working on the frontlines of the NHS.

It’s fair to say that working in the emergency department – particularly a busy one – has been one of the biggest challenges of my career. Physically exhausting, mentally draining and procedurally frustrating, A&Es can be a tough environment to work in – and I’m sure many of my colleagues would agree.

Not to mention the myriad of factors that contribute to what the media deems “the NHS winter crisis”. Emergency departments often bear the brunt of these headlines that address the crisis and frame it as something that only occurs during times of extreme weather. Of course, those of us on the frontline have seen the “crisis” manifest far beyond the cold winter and hot summer periods.

In fact, Dr Nick Scriven, president of the Society for Acute Medicine, noted a “horrendously understaffed” NHS with 103,000 vacancies, including 42,000 for nurses and 10,000 for doctors. Hand-in-hand with this exodus of staff is the detrimental impact on patient wellbeing. According to a report by the Kings Fund, data from NHS England suggests that occupancy across England had been at unmanageable levels the majority of the time in 2018.

Anyone working in emergency care would know the importance of keeping the patient-to-staff ratio at manageable levels. But, with more patients and fewer staff than ever before, emergency departments across the UK may find themselves in a potentially dangerous position.

One of the major difficulties highlighted by the interactive challenge was the pressure put upon emergency staff by tough government targets. “[It has] absolutely crippled the A&E department,” noted one of the nurses whose testimony helped shaped the incidences and storylines in the simulation. A junior doctor also spoke of the cyclical nature of the issue: missed targets lead to fines for the hospital, which means fewer staff are hired and targets are missed yet again.

As Ian Dalton, chief executive of NHS Improvement said in November of last year, while frontline staff and managers are working hard to give patients adequate care, “this achievement continues to come at a cost, with performance targets not being met nationally.” When it was announced that the target was to be suspended until April 2019, it almost seemed like an over-due, inevitable decision. Hopefully, when the issue is revisited, it will be done so with greater clarity and alongside the testimony and lived experience of NHS staff.

The importance of speaking out

While the emergency department is no doubt a highly pressurised environment, it also represents the pinnacle of patient care. Nowhere else pushes your medical capabilities more – after all, it is often the first port of call for patients, many of whom are either critically ill or immensely worried. It’s important to draw attention to the preponderance of issues within emergency departments. Not least because it helps to add an extra voice that encourages government bodies and other organisations to critically address the issues that I, and my colleagues, face as busy emergency staff.

This hub provides access to resources for the emergency services in order to share information, best practice and cooperation around public health

How has working from home impacted your health and wellbeing? We want to hear from you