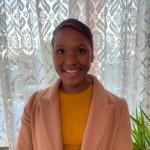 In the second piece of our three-part series on obesity, Nicole Musuwo, a Registered Associate Nutritionist and Health Advisor at Health Action Campaign, gives an international perspective to childhood obesity policy.

With childhood obesity on the rise globally, national governments are starting to move action to tackle obesity up their agendas. How successful have their policies and initiatives been so far and what can we learn from this?

England, Scotland, Ireland, Denmark, Finland, Mexico and New Zealand are some of the countries with national childhood obesity plans. Similarities often include plans for:

Some countries, including Mexico, Hungary and the UK have used tax increases to encourage consumers away from high sugar/calorie products and encourage manufacturers to reformulate their products.

These top down initiatives often appear to produce health benefits by encouraging healthier diets or more physical activity (particularly beneficial when this occurs in more deprived areas) and may also have helped slow the rise in childhood obesity. However, following sustained government action, only Scotland had seen a national reduction in childhood obesity (at least among boys).

Can we learn from Scotland?

Though it is difficult to establish definitive cause and effect, the results suggest that sustained national action can help produce positive lifestyle changes. Unfortunately, 2018 saw an increase to 17% in the proportion of boys at risk of obesity, indicating the need for continued action.

Why has progress been slow in most countries?

Too little action may have been taken, too late (a criticism of England’s Childhood Obesity Plans, for instance). This includes not enough approaches being taken; seeking to discourage HFSS (high in fat, sugar and salt) consumption but not taking enough action to make healthier food affordable, accessible and attractive; and action being taken at too low a level (for instance, relying on voluntary approaches rather than regulation, or setting tax levels on HFSS products too low to achieve significant behaviour change). There may also be a time lag between actions being taken and results being achieved.

The need to combine top down and bottom up approaches

We suggest a further explanation. Top down policies from governments need to combine with bottom up, community-based approaches. These create a holistic, ‘whole systems’ response on the scale needed to begin to combat the otherwise pervasive effects of modern obesogenic environments. They often prove particularly effective when targeting more deprived areas, which are otherwise usually at greatest risk of obesity.

Successful examples include local/community-based initiatives in parts of France, the Netherlands, the USA, Finland, South Australia and, more recently, the UK, through the HENRY (Health Exercise Nutrition for the Really Young) programme in Leeds.

Key features of these programmes usually include:

One challenge for national governments is how to scale up initiatives like these, where success may have depended, at least in part, on local factors and specific individuals and organisations. Fortunately, EPODE (Ensemble Prevenons L’Obesite Des Enfants) provides a positive model here, having shown it is capable of being applied and adapted in a range of different countries. For example, its approach has now been applied in many French towns and has inspired successful initiatives in the Netherlands, including in cities like Amsterdam and Rotterdam (JOGG – Jongeren op Gezond Gewicht) in South Australia (OPAL – Obesity Prevention and Lifestyle) and in Scotland (Healthy Weight Healthy Communities).

Health on the Shelf

Our report showcases how supermarkets can be health promoting spaces, and calls for supermarkets to play a bigger role in nudging consumers to make healthier choices

This report outlines a range of recommendations for transforming the street environment, particularly around schools, with the ambition that all children should have access to a healthy route home.

Blog: Using the skills of Allied Health Professionals to support the Work and Health Agenda