Michael Baber, Director of Health Action Campaign, a public health charity whose guiding principle is that prevention is better than cure, discusses the growing issue of student mental ill health 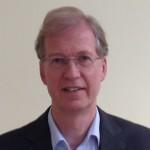 Michael Baber, Director of Health Action Campaign, a public health charity whose guiding principle is that prevention is better than cure, discusses the growing issue of student mental ill health.

Why are more and more students reporting mental health problems – and what can be done to reduce the risk? This is a question universities are grappling with, as record numbers of students seek help. Here’s our assessment.

Many factors suggested by researchers have been true for generations of students, so are unlikely to explain the increase - including the transition from home/school to university, deadlines, exam pressure, relationship breakdowns and the availability of alcohol and drugs.

Conversely, some changes ought to reduce mental health problems. For instance, there is probably a more positive legal and social environment for LGBTQ students than ever before. A similar shift is now taking place in relation to mental health, assisted by high profile support from some of the younger Royals, seeking to reduce stigma and encourage people to talk about their problems. Meanwhile universities and student unions are clearly also more aware of mental health issues and seeking to provide support.

Factors that may be increasing student mental health problems

If much hasn’t changed for students and if some changes should have helped, what has changed that might have increased the risk of mental health problems?

More students are coming to university with pre-existing mental health issues – as many as 81% of those reporting serious personal, emotional, behavioural or mental health problems in one recent survey of over 30,000 students. Teaching unions point to ever increasing pressures on both teachers and pupils in today’s ‘exam factories’. Teachers also identify social media and sexual harassment as increasing sources of pressure.

Might a possible unintended consequence of our current safeguarding culture be the over protection of children, leaving them less able to cope with challenges? This was flagged up as a possibility by Barnardo’s as early as 2002. The reported rise of helicopter parenting in middle class families may also be relevant here, with some universities now having separate sessions for parents on Open Days to give potential students an opportunity to be heard, instead of their parents dominating the sessions.

As the stigma of mental ill health reduces and mental health problems at university are increasingly portrayed as normal in the media, university students may also be increasingly interpreting negative feelings and emotions as symptoms of mental ill health rather than a normal part of life, with anecdotal evidence of students competing to claim they are the most stressed or anxious and the application of medical terminology (e.g. ‘I’m so OCD about this’) to everyday life.

While one study suggested that tuition fees aren’t a significant factor here, they are unlikely to help - and students are often heading towards a more uncertain future, potentially adding stress. A third of graduates are now in non-graduate and sometimes insecure jobs, with a growing gig economy. Many will join Generation Rent, perhaps never being able to own a home. This has probably raised the stakes, with greater pressure to secure a First and then a Masters.

So what can be done?

Research suggests that attending university can increase the risk of mental health issues for some specific groups of students - in particular students from poorer backgrounds, international students and students on particularly intensive courses, like medicine. Targeted initiatives to support these groups, by universities, are therefore likely to be particularly helpful (and some such initiatives are already in place).

However, the indications are that many students who report mental distress at university have already experienced symptoms earlier in their lives. This suggests the need to identify what has changed in the lives of young people in recent years – in particular what has changed in schools, what has changed in parenting and what wider social changes have taken place (including the advent of social media).

That’s why, in our research to identify what can be done to reduce university student mental distress, we’re now focusing primarily on what happens to young people before they go to university.