Alex Ellicott is a Public Health researcher with Health Action Campaign. She became interested in the influence of the man-made environment on health while working as a Trainee Safety Consultant, gaining insight into environmental health protection within the nuclear, oil and gas industry. This has led to her current research, on the wider influence of climate change on public health. Here, she outlines the significant effects climate change could have on UK public health. 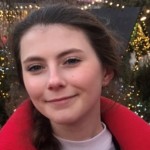 Alex Ellicott is a Public Health researcher with Health Action Campaign. She became interested in the influence of the man-made environment on health while working as a Trainee Safety Consultant, gaining insight into environmental health protection within the nuclear, oil and gas industry. This has led to her current research, on the wider influence of climate change on public health. Here, she outlines the significant effects climate change could have on UK public health.

Climate change is predicted to increase the frequency and intensity of extreme weather and climatic events. We assess that it may also have significant implications for UK public health. These are the ways climate change could impact the public's health and wellbeing in the long and short term.

In a country with little history of domestic air conditioning and an ageing population, heatwaves can cause dehydration, heatstroke and cramps. They also increase the frequency of strokes and blood clotting. For example, during the 2003 heatwave, over 70,000 excess deaths were recorded in Europe. Already 20% of homes overheat and 90% of hospital wards are prone to overheating in the UK. Without intervention, the UK is predicted to experience an increase in heat-related deaths of ~250% to over 7,000 by the 2050s.

Rising temperatures increase the rate of ground-level ozone formation. Even short-term exposure to high concentrations can:

Drought is unlikely to impact public health in the UK to the same extent as developing countries. However, even here drought can create conditions conducive to disease and pest infestation, resulting in low crop yields and impacting livestock farming. This may cause anxiety, stress and depression in agricultural workers due to threats to their livelihood. Drought may also create problems with water supply. The 2003 drought saw a rise in algal blooms. Coupled with reduced water flow, this may increase the risk of contamination of a limited water supply. The risk from private water supplies is particularly high.

Rising sea levels, increased precipitation and building on flood plains may increase flooding in parts of the UK. 1 in 6 properties in England are already at risk. While drowning and hypothermia are among the physical health risks, mental health risks are probably more common, due to the cost of fixing flood damage (especially if uninsured), the loss of sentimental items and the stress on relationships. A rise in antidepressant prescription was observed in a UK study in the year following flood onset. Additionally, increases in PTSD and anxiety have been noted in communities following flood events. Experiencing flood damage to homes and businesses can increase the risk of developing stress and depression by 50%.

Heavy precipitation can mobilise water-borne diseases and drought can concentrate disease in limited water supplies, both contributing to the contamination of water resources. For example, high levels of precipitation caused a spike in water-borne gastroenteritis in 2000 when groundwater aquifers in Ontario became overburdened and contaminated by run-off from fertiliser on nearby crops. Groundwater contributes to private domestic and agricultural use in the UK and to 30% of the public water supply in England. 4,321 people were affected by 89 outbreaks of water-borne disease recorded from 1992 to 2003, with water supplies implicated in more than half the outbreaks. This figure could rise as a result of climate change.

Currently, an estimated sixth of global illness and disability is due to vector-borne disease. Climate change may create more favourable conditions for transmission, increasing the burden of vector-borne diseases such as malaria and dengue. The Ae. Albopictus mosquito (capable of transmitting yellow fever, dengue, Chikungunya and Usutu virus) has already been recorded in the UK in recent years, leading Public Health England to report, ‘mosquito-borne infections are considered to be an immediate threat'. Another study has predicted that in the next 50 years the Ae. Albopictus mosquito could become established across the UK due to climate change.

With a network of 700+ Training Centres across the UK, RSPH offers a wide range of Environmental Health related qualifications intended to help you in your career (click to Find a Qualification near you). Learn in the Classroom, the Workplace …