Guest blog: The power of jealousy 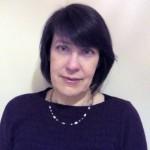 Jealousy is not a trait that is usually attributed to the public health community. It came as a surprise, therefore, when Iago’s “green-eyed monster” surfaced at the UK Public Health Network’s summit looking at the influence of a globally unique piece of legislation.

The legislation in question is the Wellbeing of Future Generations (Wales) Act (WFG Act) that came into effect in 2015 to address long-term consequences of decisions and to tackle persistent poverty, health inequalities and climate change. The UK Public Health Network met in Cardiff in May 2019 to consider the learning from the seven wellbeing goals introduced by the Act - prosperous Wales, resilient Wales, healthier Wales, more equal Wales, cohesive communities, vibrant culture, and globally responsive - that are to be achieved by 2050.

The Act requires public sector bodies with devolved responsibilities in Wales to produce wellbeing objectives that are central to their strategic plans and to monitor progress annually against a set of indicators. The Act also requires public sector bodies to take account of new ways of working that must be long-term, integrated, collaborative, involved, and preventive. The challenge for Wales now is to ensure this is not seen as an addition to business as usual but becomes the very essence of the day job.

So how is it possible to be jealous of a statute? Well, there is a saying that “jealousy is nothing more than a fear of abandonment.” This goes to the heart of the problem, that England has nothing in law which matches either Scotland’s rights-based approach to delivering health or Wales’ focus on future generations. There is genuine concern that England’s population will be left behind so long as the focus is on the country’s economic growth to the exclusion of the health and wellbeing of the population.

But is legislation really necessary? A key message for the Network was the importance of laying a legal duty on the public sector bodies in Wales to refocus their objectives with wellbeing in mind. The accountability requirements of the WFG Act also drive delivery of those objectives, simply because statutory obligations can be upheld in court. However, it is a truth universally acknowledged that a single piece of legislation, in possession of great wisdom, must be in want of a government manifesto to deliver it.

But, whilst we wait for future generations legislation to cover England or the UK as a whole, couldn’t we implement a future generations approach by stealth? The Network heard how the WFG Act has given permission for government departments and other public sector bodies to speak to each other. Let’s stop to think about that for a minute. Why should we need it to be enshrined in law that one organisation must speak to another in order to create a cross-sector approach? Why is it not happening anyway?

It is a defining characteristic of the public health profession that public health functions are best delivered through a preventive lens with collaboration, integration, involvement and, of course, long-term thinking. The lessons from the public health approach to police and crime across Wales are an inspiring example. Partnership working and a change in language and communication are changing attitudes to vulnerability, improving workforce wellbeing and reducing repeat demand. The achievements are even more impressive when you consider that policing is not a devolved responsibility in Wales and therefore not covered by the WFG Act.

The one non-legislative tool that may be helpful to a stealth approach is the Quality in public health framework, developed over the last year or so across the public health community in England. The priority areas for action to establish a quality public health service are a close mirror of the WFG Act. They set out core standards for delivering public health interventions that will reduce health inequalities now and for future generations.

“Love is blind,” so they say, “but jealousy has 20:20 vision.” The public health community is blessed with great visual acuity in identifying issues that affect population health and wellbeing. However, as we learned from the Network’s visit to Scotland in 2017 to learn about a rights-based approach to health, if there is no public demand for being treated better, then it is very difficult to say that change is needed either for current populations or for the future. Raising levels of jealousy may be just the impetus needed to find new ways of challenging and disrupting the systems that harm for the benefit of our future generations.