Dr Jacqueline Sebire is the Assistant Chief Constable for Joint Protective Services for Bedfordshire, Hertfordshire and Cambridgeshire. She oversees specialist operations, major crime and forensic services across the three counties. Since 2018 she has been the National Police Chief’s Council lead for Serious Violence. 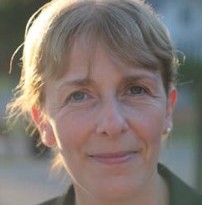 Dr Jacqueline Sebire is the Assistant Chief Constable for Joint Protective Services for Bedfordshire, Hertfordshire and Cambridgeshire. She oversees specialist operations, major crime and forensic services across the three counties and since 2018 she has been the National Police Chief’s Council lead for Serious Violence. Here, she discusses the public health approach to policing and gang violence.

One positive that has resulted from the pandemic is how many more webinars and conferences are available to attend now that they have gone online. So, it was with great pleasure and a little trepidation that I hosted the first ‘4 nation policing and public health approaches to…’ webinar. Over 450 people logged in on a Wednesday afternoon to hear about public health approaches to gangs, which just goes to show how much interest there is in this topic. This themed webinar was devoted to gangs and each nation had 20 minutes to share some of the learnings and challenges around how a public health approach can be used to tackle the pervasive impact of gangs on the health and wellbeing of the nation.

During the 2-hour session, we heard insightful and compassionate presentations. It was clear to me there was a deep understanding of the complexity of the issue of gangs. The webinar explored nuanced challenges around the role of lived experienced versus qualified professionals (in England), the impact of being in care (in Scotland), early years interventions (in Wales), and the issues of hyper-local delivery of services (in Northern Ireland). Such evolved thinking reassured me that for many, the role of a public health approach has been accepted and is in the consciousness of many multiagency strategies already.

But is it really? Or is this just the latest buzzword we use to try and organise ourselves to solve long-standing problems, but in reality, we are simply moving the deck chairs around on the Titanic rather than trying to avoid the iceberg.

It is estimated that over 300,000 children have some form of association with gangs*. With that association comes the risk of exploitation into crime. Drug dealing, serious violence, theft, and sexual exploitation are all criminal matters associated with gangs. Gangs can traumatise and terrorise communities.

This is definitely a policing problem. But when we start looking at the causes of how young people are attracted to criminal gangs, things become more complex. Poverty, deprivation, lack of opportunity and limited legitimacy of public services within communities are, in my opinion, the foundations on which gang’s criminality thrives. These are deep-seated social issues that are trying to be resolved through a criminal lens. Gang’s criminality is a symptom and not a cause. Policing cannot and should not be trying to resolve these issues alone as much as it may want to. Policing can only ever be one distinct part of the solution.

The communities, issues and systems we police are increasingly complex, and policing needs a framework to understand where it fits in and what its role is. Policing can no longer be simply just about enforcement. We have a vital role in prevention and intervention and this is what the public health frameworks offers us. The Police, Courts and Crime Bill will for the first time mandate Police, Fire and Rescue, Local Authorities and health partners to come together to tackle serious violence. The public health framework is a mechanism that will allow them to do this.

From the high-level thinking and perspectives presented at the webinar regarding lived experience professionals, trauma-informed practice and strategic needs assessments, I would say that there are some very positive signs that the public health approach to policing gangs is landing in a positive and progressive way.

This hub provides access to resources for the emergency services in order to share information, best practice and cooperation around public health

We work with our Members , Public Health Professionals and the wider community to develop Campaigns , Policy and Other Projects that educate and empower people about public health issues, recognise and celebrate excellence and bring about …