What’s the link between sauerkraut and mental wellbeing?

Xenia Koumi, Business Healthy programme lead at the City of London Corporation’s Public Health team, explains the work the City is doing to improve and support the mental wellbeing of people in the Square Mile 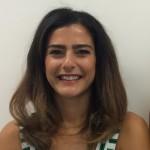 Xenia Koumi, Business Healthy programme lead at the City of London Corporation’s Public Health team, explains the work the CIty is doing to improve and support the mental wellbeing of people in the Square Mile.

Fermenting vegetables is not the first thing that would spring to mind when thinking about activities to foster positive mental wellbeing. Sauerkraut-making is, however, one of the sessions that has been made available to stressed-out suits and City residents visiting Dragon Café in the City.

Funded by the City of London Corporation and delivered in partnership with Mental Fight Club, Dragon Café in the City is a safe physical space to help people de-stress and build mental resilience. It has been running from a City library since 2018 and is open and free to City workers and residents alike. It offers a fortnightly programme of creative activities and sessions to help visitors release the pressure and take a break from their daily routines by trying something new.

The award-winning Dragon Café in the City forms part of the City of London Corporation’s tiered approach to improving the mental wellbeing of people in the Square Mile and providing those experiencing poor mental health with effective and timely support – particularly those in suicidal crisis.

The City of London Corporation is the governing body of the historical Square Mile and has local authority responsibilities, which include Public Health. Its unique population includes a small number of residents (roughly 7,500) and a huge population of more than half a million, who come into the City to work each day.

This worker population is mostly male and relatively young, compared with other areas in London. The Public Health-funded Business Healthy programme works with, and provides free support to, employers in the City, to help them improve the health and wellbeing of their workers. It also reinforces efforts taking place within the City and beyond to tackle stigma and get mental health higher on the business community’s agenda.

Thinking of the City as a global centre for finance and business conjures up images of skyscrapers and men in suits working in multinational corporations. That may be true, but in fact, the worker population is hugely diverse. Some may be surprised to know that half of the 513,000 people who work in the Square Mile each day in fact work for small and medium enterprises (SMEs), which account for 99% of the City’s businesses.

The remainder work for the 1% - the large businesses that one associates with the City. And not all are desk-bound. A large support staff including cleaners, security, retail and catering workers, hospitality staff and labourers make the dynamic City environment a reality and the nature of their jobs can mean that they often face different challenges to their desk-based counterparts when it comes to accessing support for their mental health.

In developing approaches to supporting the mental wellbeing of its different populations and tackling suicide, the City Corporation has adopted the theoretical framework of proportionate universalism within its work with partners.

Interventions addressing different levels of need have been implemented, to align with the framework. These include:

These different interventions are monitored on a regular basis to measure impact and effectiveness and also to inform a response where things are not working so well. As readers are well aware, measuring the impact of interventions to improve mental health and prevent poor mental health is notoriously tricky. Gathering data is important not only for the City Corporation and its partners, but also facilitates the sharing of learnings and experience with stakeholders, including other local authorities and the wider Public Health community.

There have been some real successes. In the first month of the launch of the “Release the Pressure” campaign, for example, traffic to the Mental Health page of the City Corporation’s website increased tenfold. Within the first 11 months of the Street Triage programme, 41% of all potential detentions under Section 136 were avoided. More than three-quarters of visitors to Dragon Café in the City reported feeling more able and willing to engage with their mental health as a result of attending, which just shows that fermented vegetables can be good for both your physical, and mental, health.