Working from home could trigger the next global health crisis

Paul Crawford became the world’s first Professor of Health Humanities in 2008 and is currently Director of the Centre for Social Futures at the University of Nottingham’s Institute of Mental Health. Here, he outlines the potential public health issues that widespread working from home could create. 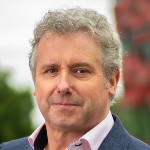 Paul Crawford became the world’s first Professor of Health Humanities in 2008 and is currently Director of the Centre for Social Futures at the University of Nottingham’s Institute of Mental Health. Here, he outlines the potential public health issues that wide-spread working from home could create.

As the UK’s roadmap out of lockdown continues to unfold, most of us are understandably thinking about reconnecting with family and friends, returning to pubs and restaurants, revisiting shops, theatres, gyms, nightclubs. Amid all the excitement and hope, we shouldn’t forget about work. Many of us have been told to abandon our workplaces during the past year. With some companies welcoming the end of “presenteeism” and the advent of unprecedented flexibility, one school of thought is that working from home has already been established as a new and lasting normal.

I fear that for many of us this could be a grim illustration of an age-old axiom: be careful what you wish for. Working from home may still feel novel and refreshing, even after more than a year, but its attractions could eventually give way to something very different. Maybe the gravest danger of all is that working from home will eventually serve as the basis for another global crisis – one rooted in the gradual undermining of our mental health. The potentially devastating impact on our fundamental notions of humanity and social cohesion shouldn’t be underestimated.

Consider the story of a historical figure we generally regard as supremely strong and determined: Florence Nightingale. In 2019, with lockdowns and social distancing still unheard of, I co-authored Florence Nightingale at Home, an analysis of how modern nursing’s founder achieved many of her greatest feats while bedridden. Florence Nightingale at Home was written to coincide with the 200th anniversary of the Lady of the Lamp’s birth. Noone involved imagined it would soon have such relevance. None of us ever dreamed that within a year, working from home would be a reality for millions.

Most people are aware that Nightingale was the driving force behind a raft of major social reforms, including innovations in public health and the emergence of trained nursing. What’s less widely known is that she oversaw all this from a bed or a chaise longue, having been struck down with brucellosis – a condition bringing chronic pain and fatigue – while caring for soldiers during the Crimean War.

We can infer that it’s eminently possible to do amazing things while working from home. However, it’s worth noting that Nightingale was prone to bouts of severe depression – alternating between periods of astonishing creativity and spells during which she viewed herself as a worthless failure. Did her confinement exacerbate these mood swings? It’s extremely unlikely to have helped. There’s a very strong likelihood that she was a victim of what’s commonly termed “cabin fever”. Cabin fever isn’t a medically defined condition. It’s what we sometimes call a “folk syndrome” – one commonly understood to refer to some combination of fatigue, irritability, moodiness, boredom and depression resulting from isolation, confinement, bad weather, routine or lack of stimulation. We all know something of this after a year of coping with the “social death” imposed by various coronavirus-countering measures.

During the first lockdown, in seeking a kind of shared survival mechanism, my son Jamie and I looked into the history of cabin fever (Crawford & Crawford, 2021). We discovered barely anything written on this topic from a cultural or mental health perspective. One of the key conclusions we reached after months of research offers a simple and important lesson for today: working from home isn’t for everyone. Some of us might be lucky over the longer term. A continued routine of limited human interaction could leave us with nothing worse than eyestrain – a corollary of persistent screen-gazing, Zooming and Teaming. Others, though, could risk serious mental and even physical decline.

It’s the absence of genuine engagement that’s likely to take the heaviest and most enervating toll. Many people will increasingly miss the banter, the gossip and the fundamental sense of belonging that being part of a real team – rather than a virtual one – can bring. The fact is that humans are social animals. We thrive on collegiality, collaboration and companionship. Naturally, all these things have served to annoy many of us during our working lives – occasionally in some cases, consistently in others. But they’re also things that we tend not to truly appreciate until they’re gone.

It’s hard to equate heading back to the workplace with finally seeing our loved ones or raising a pint again. It doesn’t have the same emotional pull. But in many ways, it could be every bit as important – especially in the long run. It’s also true that many studies have suggested working from home makes the average employee happier and more productive. But these findings need to be taken with a pinch of salt because the real challenge is to remain happy and productive – and only time will tell if this is a reasonable expectation.

This is why businesses must recognise that working from home as a new normal could represent a perilous shift. Flexibility is great, but noone should be condemned to professional loneliness. Ultimately, what might suit some won’t suit others. There has to be a choice. Companies might be forgiven for seizing on the bottom-line advantages of shedding real estate and rent payments, but they certainly couldn’t be forgiven for dooming their staff to what could turn out to be a desolate and debilitating existence.

According to the proponents of working from home, irrespective of what happens now, many people have long fantasised about this particular “freedom” and won’t ever want to go back. At a time when appreciation of mental health issues is never far from the headlines, they would do well to remember that a home can just as easily resemble a prison as it can a sanctuary.

Disparity Begins at Home: How home working is impacting the public’s health

Is working from home the future of workplace wellbeing?

Stephen Wood is Professor of Management, University of Leicester, and a Fellow of the British Academy of Social Science and Academic Fellow of the CIPD. Currently, he is studying home working in the pandemic and here he outlines some of the …

Health Champions have an important role to play in helping people in their community to make positive changes to their health and wellbeing. Find out more about the Health Champion role and how to book onto RSPH Health Champion training. …

The Public Health Workforce: voicing the challenges they face and the solutions to support them.