The number of smokers in the UK has reduced dramatically over the past fifty years, with the current figure of 9.1 million the lowest level since records began. Despite this, smoking is still the leading cause of preventable illness and death in the UK, killing an estimated 100,000 people each year – more than the next five largest causes of preventable death combined.

Wider use of e-cigarettes by smokers is one promising tool for helping tackle this serious public health issue. 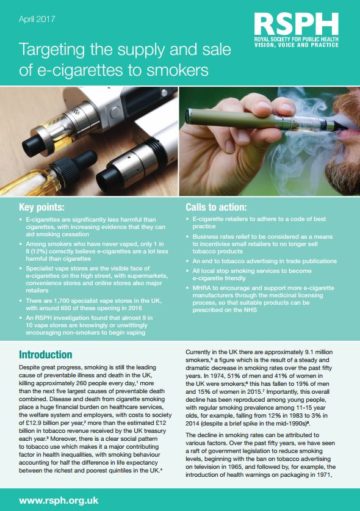 Download the position paper: Targeting the supply and sale of e-cigarettes to smokers

Stopping smoking by using other sources of nicotine

Marketing and advertising of 'electronic cigarettes'