Examiners of food safety qualifications for RSPH have revealed the most common and hazardous mistakes made by hospitality staff and the general public when it comes to handling food safely.

This news comes as RSPH launches a new e-learning course in Food Safety. The course is aimed primarily at the UK’s burgeoning hospitality workforce – now an estimated three million strong – but is of great benefit to anyone who handles food as part of their work and is concerned about the public’s health.

Aside from the single most prevalent and remediable hygiene mistake – failing to regularly and thoroughly wash one’s hands – some of the most common and hazardous mistakes made by the public were:

According to RSPH food safety examiners, the main areas of misunderstanding and malpractice among caterers were:

Shirley Cramer CBE, Chief Executive, RSPH said: “The UK continues to have some of the highest standards when it comes to handling and preparing food safely. While many catering professionals have an excellent understanding of food safety regulations and best practice, it is worrying to hear some of the most common and hazardous mistakes and misconceptions which persist.” 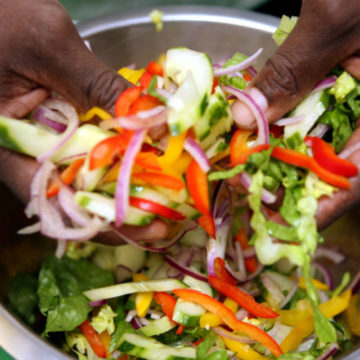 Get involved with our Food Special Interest Group

Guest blog: The effectiveness of disinfection in food premises

Reflections on food safety for those with food allergies