Martin Dockrell, Tobacco Control Lead at Public Health England takes a lesson from his mother on e-cigarettes and their effects on health inequalities 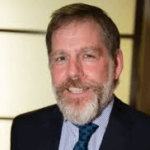 Martin Dockrell, Tobacco Control Lead at Public Health England, takes a lesson from his mother on e-cigarettes and their effects on health inequalities.

Before we start there are just a few things you need to know about my mum. She was born in Brooklyn in the depths of the Great Depression so she knows a thing or two about poverty. An early Fulbright Scholar, she did her research in post war London, picking her way between Hoxton bomb sites to interview some of the most disadvantaged youth in England.

Fast forward through a few decades of teaching psychology, by the mid-80s (and her mid-60s) her instinct for injustice led her to AIDS activism, training counsellors, including for Scottish AIDS Monitor. It was only a few months ago that she was persuaded that at 94, it was time to retire from her voluntary work with local heroin users.

I was visiting Edinburgh University a week or so ago to take part in a panel discussion at GRIT, the Group for Research on Inequalities and Tobacco, on e-cigarettes. We were to respond to a systematic review of evidence on e-cigarettes and inequalities in tobacco use by Mark Lucherini and a qualitative enquiry into e-cigarette use in two working-class areas in the north of England by Frances Thirlway.

One of my earliest and most enduring concerns about e-cigarettes has been that they have been most popular with better off smokers. Like so much of what we do in tobacco control, if they turn out to be just another way to help more affluent smokers to quit, they risk disadvantaged smokers being left behind again, making inequalities worse, not better.

Now, my mother has a special interest in nicotine addiction. Although she never smoked, five out of six of her children did and none of us found it easy to quit. One quit with an e-cigarette and two more have used a variety of devices but still haven’t quite got there.

She asked me what I was going to say and I had to admit to her that I really hadn’t worked out what to say. Yet again, I hadn’t finished my homework on time. We talked late into the night sharing our thoughts on deprivation and addiction. When we woke up the next morning, as we waited for my cab she said “I want you to think about three things”.

She reminded me that the poorer you are, the more sensitive you are to price. Certainly, poorer smokers are more likely to rely on cheap tobacco rather than £10 per pack premium brands and the high price of a decent device could discourage disadvantaged smokers from switching to pricier kit, even if they might recoup the cost in a few weeks.

E-cigarettes are available now from high street pharmacies and corner shop tobacconists, but overwhelmingly, these are the cheap tobacco industry owned “cigga likes” that don’t deliver enough nicotine to help smokers to quit. For years we have known that less well-off smokers may not smoke more cigarettes but they smoke them in a way that gets more nicotine from them and the higher levels of nicotine in the blood suggest that they are more heavily addicted.

To have a decent chance of switching completely, smokers need access to the kind of “tank” devices that deliver more nicotine.  And it is not enough for e-cigarettes to be sold in the neighbourhood, they also need a place in the community.

Well she didn’t call it appeal, she called it ‘satisfaction’ (because she isn’t bothered with anything as trivial as having three bullet points all starting with the letter ‘a’). And satisfaction is probably right.

Given that disadvantaged smokers are more likely to need better nicotine delivery, it is vital that they get, not only good products but good advice on how to use them, the kind of advice that you are most likely to get from specialist vape shops and expert users There is more to ‘appeal’ than nicotine delivery. Vapers often start with tobacco flavours but by moving to fresh fruit and pudding flavours they make a break with tobacco and what one vaper described to me as ‘ash tray flavour’ loses its appeal.

For me, an important lesson from the research is the powerful place a smoking identity can have within working class identity. As in Depression Brooklyn and post war London, solidarity matters and  switchers don’t want to give the impression that they’re too posh to puff. Subtle shifts and rationales are needed to make clear that breaking with smoking is not the same as breaking with smokers and decisions to switch need to be explained in ways that resonate with working class identities.

We have waited a long time to see e-cigarettes available on the NHS and we may need to wait a while yet, but when we do it could play an important part in helping some working class smokers to switch.

Of course, affordability will be the most obvious hurdle overcome – even if switchers don’t stick with their NHS vapes, it could provide a bridge. Accessibility would be the second box ticked, as a licenced medicine it wouldn’t suffer the same marketing restrictions as current e-cigarettes. The official endorsement of medical authorities and their local GP also provides reassurance as well as an air of responsibility.

Finally, an NHS approved e-cigarette would be free from the cap on nicotine concentrations that came in last year. I’m pretty sure we will see nothing like the range of flavours that exist for consumer products and while the utilitarian feel might mean they don’t have an enduring appeal, it could help with the identity shift. And nothing says “solidarity” like the NHS.

There is just one more thing you should know about my mum. Today, 21 June 2018, she turns 95, making her 25 years older than the NHS. So join me is wishing a very happy birthday to two venerable old ladies.

Guest blog: We got close to ending rough sleeping through harnessing a Public Health approach. As we leave the pandemic behind, this can’t be forgotten.

16 Days of Action Against Gender-Based Violence