Guest Blog: Public Health Warning: It’s The End of the World As We Know It

Stuart Carroll is a senior health economist and epidemiologist who specialises in public health, infectious diseases, NHS policy and public affairs. He is currently Head of Market Access for Sanofi Pasteur, UK and Ireland and is writing this blog in a fully independent capacity as a Fellow of the Royal Society for Public Health. 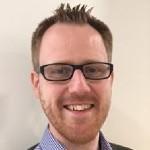 Stuart Carroll is a senior health economist and epidemiologist who specialises in public health, infectious diseases, NHS policy and public affairs. He is currently Head of Market Access for Sanofi Pasteur, UK and Ireland and is writing this blog in a fully independent capacity as a Fellow of the Royal Society for Public Health.

It was Michael Stipe, the lead singer of R.E.M, who once sang out ‘It’s the end of the world as we know it’. A great, emphatic song that resonates with such striking pertinence given the unprecedented impact the coronavirus crisis has had, and continues to have, across the world.

From an international public health perspective, the issues of pandemic preparedness, prevention, and control of infectious diseases, with all the thorny challenges such imperatives entail, has never been more important.  Once through this crisis, the inevitable autopsy of Government responses, and their competency and effectiveness, will follow. There will be a need for the world, and the UK Government, to reflect on whether public health and the risks of infectious diseases have been appropriately prioritised. To understand this, we need to look at how the principles of prevention and risk have been embedded, or lack thereof, in Government policy and the mentality running through Whitehall.

Sadly, public health has far too often been the poor relation of health policy and the NHS. It was not so long ago that public health expenditure was subject to deficit reduction cuts as part of austerity measures in local authorities’ budgets; an area I have long campaigned against and was pleased to see Matt Hancock and then Chancellor Sajid Javid reverse this position in the Budget last year. Although definitions vary and the data can be cut in different ways, approximately 97% of the NHS budget is spent on reactive or curative healthcare. Despite the brilliance of our amazing healthcare professionals, not least during this extreme crisis, we have a National Health Service in name only and rather a National Illness Service, or as the Health Secretary has referred to it, a National Hospital Service. In treating and caring for people, the NHS is a global exemplar and a yardstick to the world, particularly because of its universality and equity. Other healthcare systems, with their plutocratic dynamics and doubtful access, can only envy our health service in this regard.

Yet the principle of prevention has been a distant second – a rhetorical and platitudinous line at worst, or a mawkish and wistful hope at best – ever since the NHS’s creation in 1948. This has been indicative of a short-termist approach to risk and demand management, especially as the population has aged and chronic long-term conditions have exponentially risen. To some extent, this myopic philosophy has been influenced by the vicissitudes of the electoral cycle and an unhealthy dose of politics, but it is also a wider societal issue, or attitude, that has now firmly raised its head. Examples of people breaking lockdown measures, including people in high profile positions and even some executives fallaciously claiming ‘key worker’ status when they are about as ‘key’ as Joe Linton is to scoring goals for Newcastle United (32 appearances, 3 goals at £40 million; not exactly Alan Shearer!), exemplifies a wider complacency and arrogance when it comes to public health measures.

We also need a deep and meaningful change in policy direction, where prevention is genuinely valued and the Government reallocates and rebalances public spend on public health, particularly through the NHS and adult social care systems. There needs to be a seismic uplift in public health and prevention spending combined with a substantive empowering – financially, legislatively, politically and practically – of Public Health England, which remains the poor relation of the NHS. Leadership is critical and there is a strong argument to say NHS England was given too much power in the reforms of the Health and Social Care Act of 2012, obviating politically valid or democratic responses to urgent needs and side-lining the very public health system that was created in the same piece of legislation.  If we continue to spend record amounts on our NHS, which is right and critical, but fail to reform the way we do health business, problems will only continue to magnify and propagate.

A closer look at the UK’s pandemic preparedness strategy shows gaps in NHS response, ability to plan for lockdown arrangements and risk planning. We have consistently, like many countries, been playing off the back foot as a game of catch up, when a more proactive approach has been needed. We need to think more Joe Root (front foot and straight bat) and less Kevin Pietersen (anything goes) in the world of public health and pandemic planning. Health is a Test Match and not a 20-20 slog fest.

Indeed, management of risk; a complex abacus and equation, must be reset on a basis of seeking to prevent rather than react. Some of this has not needed 20-20 hindsight or an over-reliance on clairvoyance. Bill Gates sounded the alarm bell back in a seminal speech in 2014 about the total lack of global preparedness. President George W Bush (you did read that right) did the same in a speech in 2005 outlining the need for serious investment in local US capability against an influenza pandemic.

Most governments have not lived and breathed these sentiments and been caught out. A failure to learn the lessons of history is akin to fulfilling Einstein’s definition of insanity: doing the same thing over and over again, and expecting different results. Public health cannot be sensibly understood in isolation to its fundamental role in defending the health of a population and thus, its vital role in ‘defence of the realm’ as the first duty of Government. Again, the attitude and mentality of Whitehall needs to transform.

We spend £42billion of public treasure on a nuclear deterrent called Trident. This is effectively, an investment in prevention, yet when it comes to direct health spending, we only invest a few billion on preventative healthcare and public health, and comparatively peanuts on pandemic planning. There is a clear perversity and inconsistency in the government’s ‘defence’ policy. Infectious diseases are even more sinister than a traditional enemy - they are invisible, lack restrictive capability, and are therefore, impossible to contain. Pre-emptive strikes are thus an essential artillery in any well-honed ‘public health defence’ strategy.

The world's kaleidoscope has been badly shaken, and the pieces remain firmly in flux. At some point they will settle, but before they do a ‘new normal’ will define the future. The UK Government, like all governments, should take the opportunity to reorder the world and take future threats more seriously. Public health and prevention are not optional niceties. They are critical imperatives, which need investment and focus. They also need leadership and courage. Because without them, ‘Everybody hurts’, as the same Michael Stipe once sang out.

One in five public unsure about getting coronavirus vaccine, if available

Polling of the UK public under lockdown, conducted by RSPH, has revealed that if a coronavirus vaccine were available, one in five (19%) either would not get the jab (4%) or are not sure if they would (15%).

Guest Blog: COVID-19 and the untapped potential of Environmental Health

Tony Lewis, Fellow of RSPH and the Chartered Institute of Environmental Health looks at the potential effects of the Covid-19 outbreak on the environmental health profession