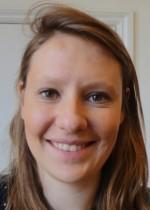 Having previously worked with adults with mental health problems in a recovery service, as well as working for a children’s and young adults’ mental health charity, I’m interested in the impact of social media on the development of children in the future.

There is still so much about the effects of social media that we don’t know. While I was a student, social media was still relatively new so I was curious whether there were any suggestions that social media is already having an impact on young people.

More and more students are reporting mental health problems – an increasing public health challenge. So, how important is the role played by social media?

An integral part of children’s lives

We see children swiping their way through tablets before they can properly walk, on the latest social media sites throughout school and, at university, likely to sleep with their smart phones under their pillow or by their bed. With social media now so all pervasive it’s reasonable to assume it must be having some influence, whether for good or ill.

The most extensive recent research on the impact of social media has been in the USA, where a 2018 survey of teenagers by the Pew Research Centre suggested a mixed picture:

However, a more negative picture is presented by Jean Twenge, who has been researching generational differences for over twenty years. Here are some of her observations about the impact of social media on what she calls iGen:

She concludes, ‘There is compelling evidence that the devices we’re placing in young people’s hands are having profound effects on their lives – and making them seriously unhappy.’

However, a 2016 review of the evidence suggested that one group who may benefit from social media use is, in fact, people with serious mental illness. On balance the benefits of online peer-to-peer support (such as greater social connectedness, feeling of group belonging and the opportunity to share coping strategies) appear to outweigh the potential risks (such as exposure to misleading information and hostile or derogatory comments from others). For the small proportion of students with serious diagnosed mental illness (as opposed to more common self-reported mental distress) social media may therefore be beneficial.

What people are telling us

We have interviewed people working with young people at both school and university. Their observations suggest particular challenges for girls:

‘For girls, even if they are really balanced, the way they curate their appearance online, seeing their image as absolutely critical to their identity and sense of self, is quite recent historically and not helpful. By the age of 15 – 16 they can get exhausted, not so much with GCSEs but with keeping up the pretence - the face they present to the world versus the real them’. (Head of an independent girls school)

‘Social media encourages a false sense of what everyone else is doing – for instance, “all my friends are happy,” when you know some of their friends are also seeking help’. (Clinical Psychologist, Student Services)

‘It presents an unrealistic visual picture of what it is like to be a young woman that can be damaging, especially because for girls it is usually primarily social media, whereas for boys it tends to be social media’.  (Former Head of an Inner London comprehensive)

‘An issue that tends to affect female students more is body image and eating disorders, including negative social media and also online bullying and harassment’. (Head of Counselling, a London university)

‘Thanks to social media adolescents now know how to hide eating disorders more effectively. Also, social media is a powerful source of peer pressure, now available 24/7 so you can never really get away from it, and peer pressure has always been an important influence on adolescents’. (Secondary school Head)

There’s another impact identified by Jean Twenge: ‘Across a range of behaviors - drinking, dating, spending time unsupervised - 18-year-olds now act more like 15-year-olds used to’. Because of social media, are today’s undergraduates less independent and equipped with coping skills than their predecessors? If so, this might also help explain the significant reported increase in student mental distress (stress, anxiety, panic, worry, loneliness, feeling unsupported and overwhelmed).

What action is needed

Our three suggestions are:
•    Reclassify social media platforms as publishers, to ensure they take more responsibility for their content (including content relating to eating disorders and self harm)
•    Use peer influence positively to help young people take a more realistic view of social media (e.g. sixth formers with younger pupils and university students with sixth formers)
•    More initiatives like Scroll free September

In May 2017, RSPH and the Young Health Movement published a report examining the positive and negative effects of social media on young people’s health

Established in 2018, the All-Party Parliamentary Group on Social Media continues to work to drive policy change that maximises the positives and mitigates the negatives of social media.

Scroll Free September offers a unique opportunity to take a break from ALL personal Social Media accounts for 30 days (or for however long you can cope without them)!

Report from the All Party Parliamentary Group on Social Media Inquiry: “Managing the Impact of Social Media on Young People’s Mental Health and Wellbeing”

How to challenge a licence application