RSPH welcomes the introduction of new alcohol guidelines by the Chief Medical Officer, Dame Sally Davies. The new guidelines, which follow the first review for over 20 years, includes a reduction in the recommended intake for men from 21 units to 14 units per week, the same limit as women, and also, recommends that drinkers spread their weekly units evenly over three or more days. The new guidelines place the UK below the world average for weekly alcohol intake for both men and women.

Over the past decade, rates of alcohol consumption have slowly declined. In 2005, when alcohol consumption peaked, 19% of adults stated that they do not drink at all, increasing to 21% by 2013. Similarly, in 2005, 18% of adults stated that they binge drink at least once per week, decreasing to 15% by 2013. These statistics, however, belie the concerning behaviours within the drinking population, namely the greater propensity of middle age and older people to drink on a daily basis and the continuing burden of alcohol-related disease.

The new guidance reflects a greater understanding of some of the health risks associated with alcohol. Research has shown that alcohol is a factor in the development of over 60 medical conditions, including heart disease, stroke and some cancers, with men bearing the brunt of alcohol-related harm (men account for roughly 65% of alcohol related deaths).  It is of concern that approximately 1 in 20 of all new cancers in the UK are caused by alcohol consumption. And while consumption has been declining, well over half (59%) of local authorities in 2014 reported seeing a rise in alcohol-related hospital admissions. The new guidance advocates a level of drinking at which the risks to health are lower, rather than a safe level of drinking alcohol.

Shirley Cramer CBE, Chief Executive of RSPH, stated that: “Excessive alcohol consumption causes untold harm to the public through alcohol-related disease and associated social problems, costing an estimated £21 billion each year. Considerable progress has been made in recent years to educate the public and encourage healthier behaviour, but further action is required.

We welcome the new guidelines as a means of moderating alcohol consumption which will in turn have health benefits for the public. The new guidelines reflect the modern reality of alcohol availability and consumption, and critically, reinforce the message that alcohol should be viewed as a product for occasional consumption rather than a diet staple. As well as lowering the recommended amount of alcohol people should consume, we welcome the guidance to spread the amount over three or more days, to counter bingeing.

The new guidance needs to be accompanied by action on all fronts, including clearer health information on alcohol, such as calorie labelling and further investment in alcohol and educational programmes. For example, we need to do more to increase public understanding of alcohol units –only around 1 in 4 people knew 1 unit was “less than a small glass of wine” with around half of people wrongly thinking 1 glass of wine equalled 1 unit. Efforts should also be made to lower the default strength and serving size for alcohol served in pubs and bars.” 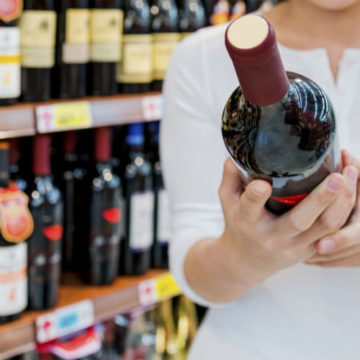 Find out more about our recommendations for alcohol calorie labelling